Facebook said late Monday it had blocked more than 100 Facebook and Instagram accounts suspected of engaging in “coordinated inauthentic behavior” ahead of the US midterm elections.

The report, conducted by the nonprofit Business for Social Responsibility, also offered Facebook recommendations for helping improve human rights in the country, including stricter enforcement of content policies and regular publishing of data related to human rights violations.

“The report concludes that, prior to this year, we weren’t doing enough to help prevent our platform from being used to foment division and incite offline violence,” Alex Warofka, Facebook product policy manager, wrote in a blog postMonday. “We agree that we can and should do more.”

The report comes amid reports of widespread genocide being committed by the military in Myanmar. In March, UN human rights experts investigating violence in the country concluded that Facebook played a “determining role” in the crisis, in which hundreds of thousands of Rohingya Muslims have fled the country.

BSR recommended Facebook improve enforcement of its community standards, which describe what is and isn’t allowed on the social network. Facebook said that central to achieving this is its near-complete development of a team that understands local Myanmar issues along with policy and operations expertise.

Facebook said it’s using the social-listening tool CrowdTangle to analyze potentially harmful content and understand how it spreads in Myanmar. The company is also using artificial intelligence to identify and prevent the spread of posts that contain graphic violence or dehumanizing comments.

Preserving and sharing data that can be used to help evaluate human rights violations was also suggested, especially data specific to the situation in Myanmar so the international community can better evaluate the company’s enforcement efforts.

“We are committed to working with and providing information to the relevant authorities as they investigate international human rights violations in Myanmar, and we are preserving data for this purpose,” Warofka wrote, noting it took this approach with content and accounts associated with the Myanmar military it removed in August and October.

Another recommendation includes the establishment of a policy that defines Facebook’s approach to content moderation with respect to human rights, a suggestion Warofka said Facebook is “looking into.”

UN investigators have reportedly found numerous crimes committed against the minority in Myanmar, including gang rape, enslavement, torching villages and killing children. Roughly 10,000 people have reportedly been killed in the violence, and tens of thousands have fled the country.

Twitter suspends account that may be tied to suspected mail bomber
Bird scooters CEO: ‘Where there’s no laws, that’s where we go in’ 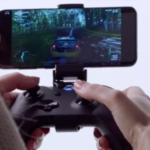 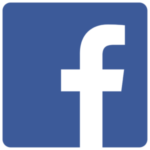 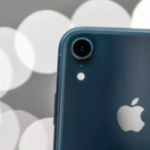